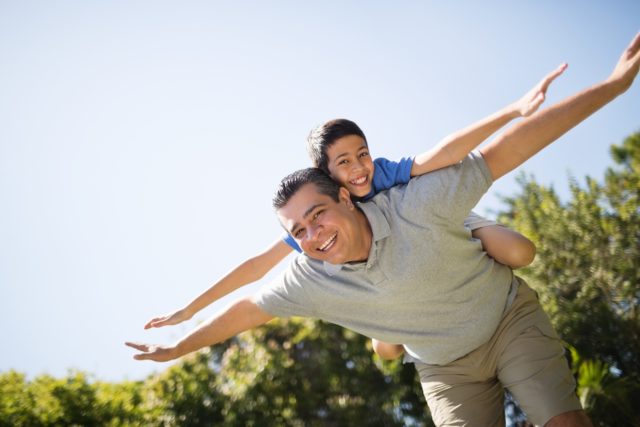 Is your brain getting enough?

Your brain is your most important organ. It should be a priority, but when monitoring our health, it may be the most overlooked part of our bodies. Although our marvelous brain ages as we do, there are ways to slow down the process and stay sharp. Read on to learn how three, local neurologists are keeping brains healthy in Cobb.

Child’s play
Dr. Grace Gombolay, M.D. is a neurologist with Children’s Healthcare of Atlanta. The item at the top of her list for her patients to develop healthy brains is somewhat surprising: playtime.

“I’m a big believer in play,” said Dr. Gombolay, who also is an assistant professor of Neurology at Emory and Children’s Center for Advanced Pediatrics. “So many studies show play helps with brain growth, helping with that myelination process early.”

With less myelin, a child may have delayed reactions, take longer to learn something new, and may not remember things as well. And according to Dr. Gombolay, unstructured playtime is one of the top ways to develop myelin.

“Play is helpful in terms of creativity. Sure, you can get that one book or Baby Einstein,” she said. “But honestly, if you sit there and play with your kids, that’s important for developing their brains and overall health.”

When it comes to exercise, which can be combined with playtime, she said the recommendation is for 30 minutes a day, five days a week.

The brain on screens and other unhealthy substances
While kids should get plenty of exercise, the American Academy of Pediatrics recommends limiting screen time to one to two hours per day (depending on the age group).

Dr. Gombolay noted it can be challenging. And while we may think TV or games can help us relax before bed, the light coming from the screen can have a negative impact on our sleep, which also is highly important for healthy brain functioning. “I recommend turning off all screens at least two hours before bedtime,” she said.

Other things she said that can affect brain health: an unhealthy diet, parental stress, vaping, and marijuana use. “A lot of teens and adults think marijuana is okay and safe,” she cautioned. “Many states have legalized marijuana, too, which makes it seem safe. But I do precaution patients and families that marijuana affects brain cell connections.”

As for unhealthy foods, Dr. Gombolay says to eat fruits and vegetables and to cut out processed foods and sugary drinks. “But I’m also a believer in moderation,” she said. A mom herself, she tells patients, “Go to the birthday party and have a small piece of cake!”

Brain changes by the decade
The human brain reaches its peak functional level between 18 and 26 years, according to Tariq Javed, M.D., a Northside Hospital neurosurgeon. It contains 100 billion neurons and trillions of synaptic connections. The front part of the brain (frontal lobes) are responsible for executive function such as for judgment, decision-making, planning, and weighing risks.

“Brain aging is inevitable, but not uniform to everyone,” said Dr. Javed, who has been recognized locally and nationally as a Top Doctor and Top Surgeon for close to 25 years.

He said the brain starts to take longer to learn or memorize information as early as the 30s. Reasoning skills, memory, the ability to learn new things and speech can begin to slow in the 40s and 50s. Luckily, Dr. Javed said positive things also happen based on life experiences, like stronger decision-making and more intuitive social interactions.

After a lifetime of accumulating knowledge, the typical brain shrinks 10 percent to 20 percent between our 60s and 70s. Brain function slows, it becomes harder to remember things, and there is an increased risk for Alzheimer’s disease or other cognitive disorders.

“Some studies have suggested that as brain neurotransmitters decrease, such as dopamine and other chemicals that are released to make the connections between brain cells, the risk of depression increases,” Dr. Javed explained. “All of these reductions speed up the aging process.”

Super agers teach us how to keep our brains sharp
Thankfully, a group of people in their 80s appear to have experienced fewer signs of brain aging. These “super agers” are teaching medical researchers how to slow aging and maximize brain function. According to Dr. Javed, here are the top ways to slow down the aging of the brain:

Eat a healthy diet. The best foods to protect the brain are rich in vitamins and nutrients. Some examples include leafy greens, nuts, berries, salmon, avocado, and broccoli. Obesity in midlife may accelerate brain aging by approximately 10 years.

Drink alcohol in moderation. Too much alcohol is toxic and causes damage to brain cells that increases risk for dementia and cognitive decline. However, drinking in moderation may help reduce dementia, some studies show. This means one drink per day for women, and one to two for men.

Stay tobacco-free. Smoking and chewing tobacco can affect oxygen delivery to the brain. Some studies found it can even speed up the brain’s aging process.

Exercise the brain and body. Crossword puzzles, learning to play an instrument, and even dancing can improve cognitive function.

Stay generally healthy. Signs of overall health, like low blood pressure and healthy blood sugar, are linked to healthy brains. Diabetes is a condition that speeds the aging process by up to 10 years, especially if it is poorly controlled. Today, technology can monitor blood sugar with continuous glucose monitoring systems through skin patches and other methods.

Cobb’s comprehensive stroke center
According to the American Stroke Association (ASA), stroke is the fifth cause of death and a leading cause of disability in the United States. A stroke occurs when a blood vessel in the brain is blocked by a blood clot or ruptures. It keeps the brain from getting the blood and oxygen it needs and kills once healthy tissue.

Until about 10 years ago, there wasn’t a lot physicians could do to treat stroke patients, according to Dr. Rishi Gupta, M.D., director of Stroke and Neurocritical Care for WellStar Health System.

“When I was in med school, I did a rotation in neuro and saw stroke patients who didn’t receive treatment,” he said. “They were just sent to rehab. It struck me as odd that we would just accept that patients have no acute treatments available. There was a new field of minimally invasive techniques to treat brain aneurysms and I could see those being used in stroke. I spent 11 years of my career researching techniques to treat stroke. Now these treatments are the standard of care for stroke.”

When Dr. Gupta came to WellStar in 2013, there was a void in stroke care in Atlanta. Hundreds of patients were being transferred to other hospitals every year. “We’re in an area called ‘The Stroke Belt,’” he said. “There may be a genetic component, [but] the thought is diet is probably the number-one pre-predictor.”

Dr. Gupta and his team of neurologists offer highly specialized procedures that allow them to treat patients within 24 hours of the onset of a stroke. For the best chance of recovery without disability, people experiencing symptoms should get to the hospital quickly. Within 4.5 hours, they can receive TPA, a medicine that helps bust blood clots. If the TPA doesn’t work or they arrive after the 4.5-hour window, neurosurgeons can use minimally invasive methods to extract clots.

WellStar Kennestone Hospital’s comprehensive stroke program provides about 300 minimally invasive interventional procedures for stroke caused by blood clots every year, one of the largest volumes in the country.

What’s next for brain surgery in Cobb
Currently, WellStar Kennestone Hospital is building a new emergency department, slated to open this spring. It will be one of the top two busiest emergency departments in the country. “I think having a larger space will allow us to treat more patients who are in need of services,” Dr. Gupta said.

He also is excited about new surgical advancements for people who have bleeds in the brain. Neurosurgeons can remove the blood clot with a small catheter threaded through a dime-sized hole in the head instead of a craniotomy, where a large portion of the skull is removed.

“These are bleeds in the brain that have no treatment options,” he explained. “It’s kind of like where the stroke was 10 years ago.”