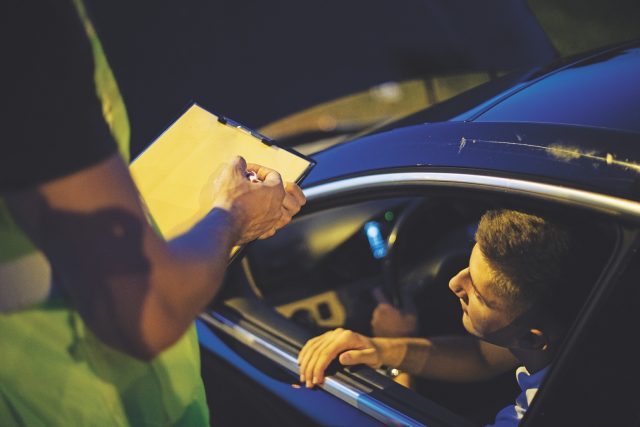 My brother is in law enforcement, so I have it on fairly good authority that there are many myths still perpetuating our culture when it comes to traffic laws and moving violations. With our cars getting much safer yet more powerful — the average American car has about 200 horsepower, according to car news website topspeed.com — not to mention the always-available, lightning-quick speeds offered by electric vehicles, it is easy to get carried away. So let’s unlearn a few things about traffic stops. And please, be safe out there and be courteous to your fellow drivers.

Myth: Police departments have end-of-the-month ticket quotas
Most police departments in Georgia follow the guidance of the National Association of Chiefs of Police and the Georgia Association of Chiefs of Police in developing policies and procedures that eliminate quotas. This does not mean that officers are not held accountable for what they do during their shift, or that officers assigned to traffic units should not meet certain production standards. But no officer is given a minimum number of tickets to issue.

Myth: Traffic tickets don’t transfer to other states
Drivers think that tickets they get out of state won’t show up on their Georgia driver history report. Most states are members of the non-resident violator compact or the driver’s license compact. Therefore, ticket data can be shared between compact states on a voluntary basis. In most cases, Georgia will honor any points, punishments, fines, suspensions, or revocations from other states, which will affect your Georgia driver’s license and privilege to drive.

Myth: Officers can’t follow drivers outside of their jurisdiction
Police officers attempting to make lawful stops for violations that occurred within their jurisdictions do not have to stop at the county or city line. Violations of the law (criminal and traffic law) committed within a jurisdiction can be enforced outside the jurisdiction to include crossing city, county, and state lines.

Myth: Matching the “flow of traffic” and passing are valid excuses for speeding
Speeding to follow the flow of traffic is not going to get you out of a speeding ticket. Passing another vehicle will not keep you from getting a traffic citation. If the speed limit is set at 55 MPH and you accelerate to 70 MPH to complete the pass, you have just exceeded the speed limit and are subject to being stopped for speeding.

Myth: Traffic violations are not a big problem. Police should go find real criminals
The average American is more likely to be involved in a traffic crash than to be the victim of a violent crime, and almost as likely to be involved in a traffic crash as to be a victim of non-violent crime. So yes, what we do in our cars is important. Traffic enforcement also is another avenue law enforcement uses daily to identify and capture “real criminals.” For instance, many of this country’s most notorious murderers were captured because of traffic stops.