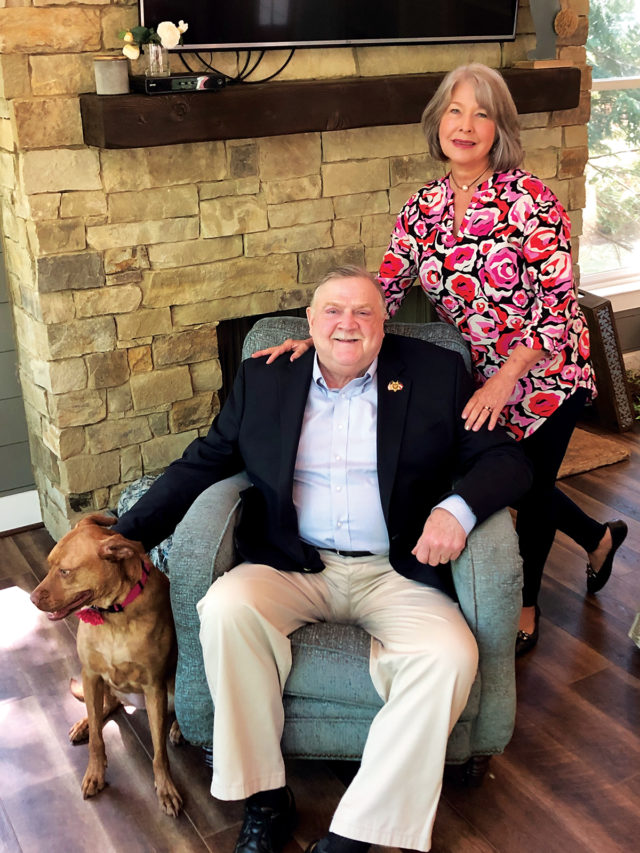 THE STORY: I grew up in Cobb County and attended Osborne High School. During those years, I began to feel a sense of community and pride in our nation and considered joining the military. As I weighed my options, I decided that law enforcement was my calling and I have now been a law enforcement professional for over 40 years.

WHY I CHOSE TO LIVE IN COBB: Cobb County is my home. To serve the great people of this county is a daily honor and I can’t imagine doing anything else. Taking over the unexpired term of longtime Sheriff Bill Hutson, I was sworn in as the 42nd Sheriff of Cobb County on Jan. 1, 2004. I have been employed with the Cobb County Sheriff’s Office since 1977. I worked my way through the ranks of the Sheriff’s Office, starting as a Sheriff’s Deputy. Over the years, I was promoted to the ranks of Sergeant, Lieutenant, and Captain. Then I was appointed as Chief Investigator in 1984 and to the position of Chief Deputy Sheriff in June of 1994, where I served until taking over the Office of Sheriff. Having been elected to the office of Sheriff four times, I continue to serve the citizens of Cobb County today.

LEISURE TIME: During my off time — of which there is very little since you are the Sheriff 24/7 — I enjoy spending time with my wife Penny, my daughter Liz Malcom and her husband John, and my other daughter Kim Warren. Both Penny and I are active in our church and believe that our community activities are a very important part of our lives. Reading and staying caught up on law enforcement trends, plus managing a “small city” called the Cobb County Adult Detention Facility, keeps me in constant contact with my command staff. With an $85-million-dollar budget, and over 800 employees, there is always something that demands my attention!

WHAT’S NEXT? As for the future, I am seeking a fifth term from the Cobb County voters! I believe that law enforcement knows no political party affiliation, and I think the consistent law enforcement that the citizens of Cobb have grown to expect will allow me to continue to reach the goals for myself professionally and the good folks of Cobb County.