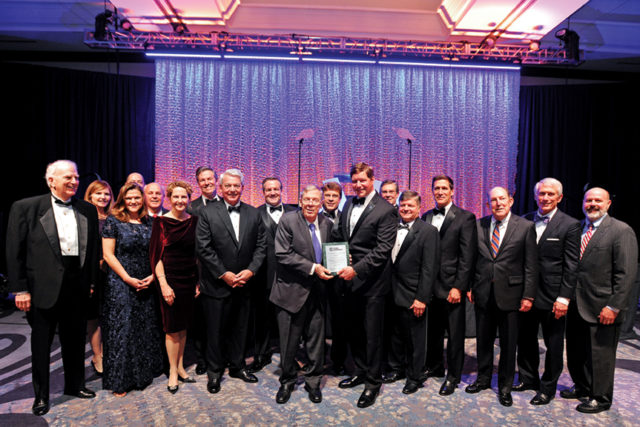 The 2019 Mack Henderson Public Service Award was presented to Susan Hampton. Hampton served as a tireless advocate for the county’s public safety personnel, speaking up for higher wages. She also is an instrumental leader for the continuous work of the Coalition of Cobb County Business Associations.

The Chairman’s Award was presented to Trey Sanders of Brasfield & Gorrie, Chad Koenig of Cushman Wakefield, and Andrew Walker of Colliers International for their collective efforts on the Chamber’s landmark building project. 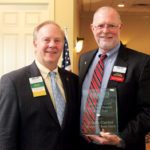 The award is presented each year to the business person that the ECBA feels is the most deserving for their clear demonstration of success in the areas such as customer service, innovation, contribution to economic growth, and is positively involved in the community. Carter supports ECBA with his time, talent, and treasure — serving as a 2019 Gold Annual Sponsor, Platinum Business Expo Sponsor, and has served as an ECBA Ambassador for several years.

Wright serves on the board of the NCBA, the elder board of Piedmont Church, the board of CureCP.org, and serves in the veteran community. NovaPoint Capital is an investment firm founded in 2015 to manage investment portfolios for high-net-worth individuals, family offices, corporations, pensions, endowments, and foundations. Prior to joining NovaPoint, Wright was a VP in the private banking and investment group at Merrill Lynch. He’s also a U.S. Army veteran.