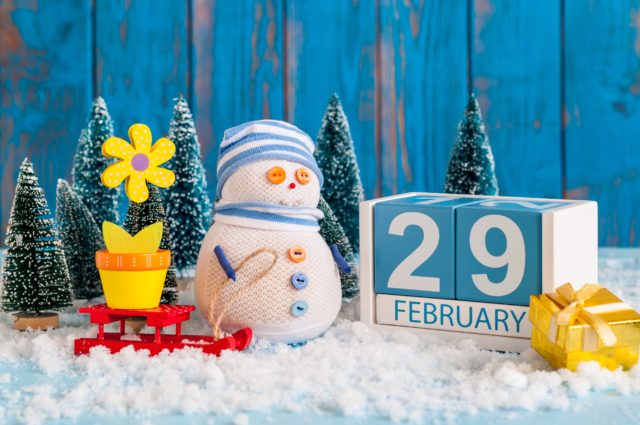 If you haven’t yet heard, 2020 is a leap year. They occur nearly every four years and provide an extra day to our Gregorian calendar, with that day being added in February because it’s the shortest month. All of this has to do with the Earth’s rotation for reasons we all learned in school. But basically, the leap year was introduced to fix our slightly off calendar, which didn’t always sync with the seasons.

Julius Caesar is credited with initiating the leap year approximately 2,000 years ago into his eponymous calendar, which moved Western civilization (such as it was) away from a lunar-based timetable. Obviously, it was an agreeable move since we’re basically still using Caesar’s system in the adjusted Gregorian calendar.

With this leap year approaching, I started wondering about the various ways this quirky, little solution to what is essentially a math problem has crept into our popular culture. It has been the topic of Broadway musicals (“The Pirates of Penzance”), movies (“Leap Year”), comic books (The characters of Superman, Little Orphan Annie, and Captain Marvel all were born on Leap Day), and Google’s famous “Doodle” changes to some form of leaping frogs every Leap Day. There’s also the common, running joke for anyone born on a Leap Day laying claim to being one quarter their actual age.

What no one seems to talk about, though, is that we’re given a somewhat rare opportunity: We have an extra day! Don’t waste yours this year. Volunteer. Spend the day with family. Start that project you’ve been putting off. Seize the day!