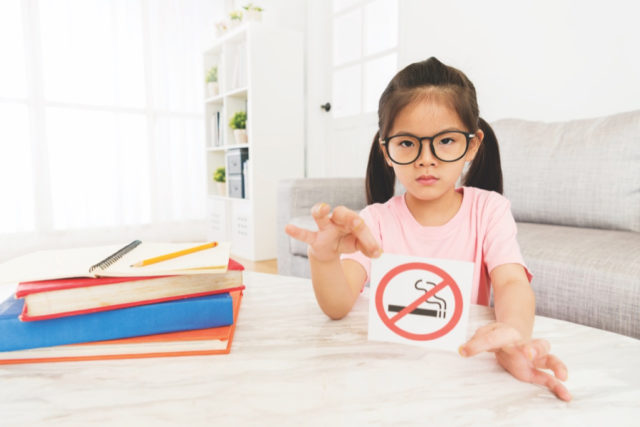 The statistics are shocking: Every year in the United States, more than 480,000 people die from disease caused by tobacco product use. To put it into perspective, that’s more than half of the population of Cobb County. Additionally, every day in America, approximately 700 kids become daily smokers and more than 3,000 children under the age of 18 will try smoking for the first time. There are government agencies and independent organizations that are out to change these grim numbers. One of the leading local agencies is Cobb & Douglas Public Health (CDPH).

One in three residents are exposed to second-hand smoke in public places, CDPH reports. Further, in its latest Community Health Assessment, the agency reports that cardiovascular disease, lung cancer, and stroke are the leading causes of death in Cobb County, all of which have connections to tobacco use. According to Jazmyn McCloud, MPH, CHES, a planning and policy specialist for the Chronic Disease Prevention Program at CDPH, the agency supports the enforcement of tobacco-free schools; promotes smoking cessation programs, such as the Georgia Tobacco Quit Line; and addresses smoking complaints related to Georgia’s 2005 Smoke Free Air Act. One of CDPH’s most notable initiatives is “Breathe Easy,” which is a collaboration of local agencies and community members through Cobb2020 – A Partnership for a Healthier Cobb County to further address the issue of tobacco.

The Breathe Easy program began in 2011 with partial funding from a CDC Community Transformation Grant. In 2014, this CDPH project worked with the City of Kennesaw to assist with the successful Fit City Initiative. The partnership removed smoking areas from city parks and cemeteries, effectively making Kennesaw’s 130 acres of public parks smoke-free. In 2017, CDPH worked with the Atlanta Braves when the team moved to Cobb County to establish a tobacco-free policy. Cobb & Douglas Public Health also partnered with the Georgia Department of Public Health to promote the Georgia Tobacco Quit Line at the Battery and SunTrust Park. Currently, Breathe Easy is focusing its education efforts on the City of Marietta.

Marietta was an early leader of smoke-free efforts in Cobb County, McCloud noted, even before the 2005 Smoke Free Air Act. The city was a leader in establishing smoke-free parks in the state, and Marietta City Schools was one of the first systems in the state to adopt a 100-percent Tobacco-Free Schools policy. “These were stellar achievements by the City of Marietta and made public areas even more safe than the state law required,” McCloud said. “However, because the 2005 Smoke Free Air Act has some limitations, many residents still are exposed to second-hand smoke where they live, work, and participate in recreation activities. There often is a national disparity between protected and unprotected residents, who are generally women, blue-collar workers, and residents who have less than a college degree.”

The Centers for Disease Control (CDC) backs up this claim. The agency reports that cigarette smoking disproportionately affects the health of people with low socioeconomic status. Lower-income cigarette smokers suffer more from diseases caused by smoking than do smokers with higher incomes, the CDC says, noting that people living in poverty smoke cigarettes for a duration of nearly twice as many years as people with a family income of three times the poverty rate; people with a high school education smoke cigarettes for a duration of more than twice as many years as people with at least a bachelor’s degree; and blue-collar workers are more likely to start smoking cigarettes at a younger age and to smoke more heavily than white-collar workers. (More: https://bit.ly/2p4Opl7) 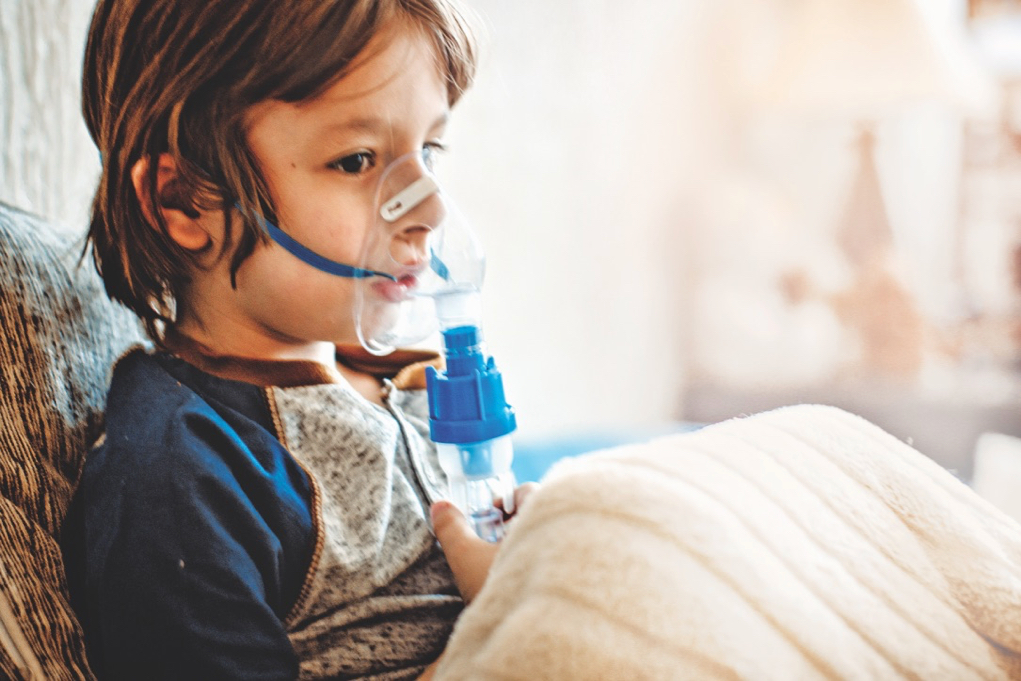 As far as e-cigarettes (or vaping) goes, CDPH says their use is reaching epidemic proportions. While the short- and long-term effects still are being determined, McCloud says, enough information is available to show usage can have a negative impact on health. “Most products contain nicotine, which is highly addictive and harms brain development in young people,” she said. “E-cigarettes are not approved to aid quitting efforts by the U.S. Food and Drug Administration. The aerosol also is not ‘just a harmless water vapor.’”

Further, she says that most established tobacco rules and regulations only apply to combustible tobacco products. That means people essentially can vape when they please in public spaces, exposing others to the toxic water vapor. “With the use of electronic nicotine delivery systems on the rise, especially among youth, it is more important than ever that schools, businesses, and cities review their policies to ensure they are up-to-date with the model standards,” McCloud said. “Cobb & Douglas Public Health offers the review of these policies at no charge to local businesses and government agencies.”

It should be noted that smoke-free policies are a smart business decision. According to the CDC, smoking-related illnesses cost more than $300 billion each year in the United States. This includes nearly $170 billion for direct medical cost and nearly $156 billion in lost productivity. Locally, smoking costs Georgia $3.18 billion annually in healthcare costs and $3.99 billion in lost productivity, as reported by the Campaign for Tobacco Free Kids. “Prohibiting smoking as a worksite wellness initiative is a great economic investment,” McCloud said. “Worksites that permit smoking spend, on average, $728 more per 1,000 square feet annually in maintenance costs than smoke-free worksites [the CDC reports]. This is an estimated extra cost of about $9,000 to $14,000 annually per business. The risk of fires and injuries also can increase insurance costs up to 30 percent.”

“Furthermore, studies show smoke-free employee policies are good for business,” McCloud continued. “This is true for businesses that may allow their customers to smoke, such as in bars and some restaurants in Georgia, who are exempt from the 2005 Smoke Free Air Act. Numerous studies have found that smoke-free laws do not hurt and may even benefit sales in the hospitality industry. Declaring a business smoke-free is cost-effective and fosters a safer and more productive workplace. This ultimately leads to a healthier community.”

One way the community can contribute to Cobb & Douglas Public Health’s efforts is to participate in Kick Butts Day. Kick Butts Day is a campaign from the Tobacco-Free Kids organization, which started in 1996. Tobacco-Free Kids is a 501(c)(3) non-profit group and a leading force in the fight to reduce tobacco use. Each year on the third Wednesday of March, communities are encouraged to increase awareness on the issue of tobacco product use, effective tobacco control efforts, and smoking cessation resources. “While great strides have been made on the local, state, and national level, tobacco product use remains the leading cause of preventable death in the U.S.,” McCloud said.

Kick Butts Day is a national effort to get local groups and individuals to organize smoking cessation events and campaigns in their neighborhoods and home towns. Tobacco-Free Kids even offers grants to assist local movements. Although the deadline to apply for grants for this year has passed, applications for next year are available online. On the kickbuttsday.org website, visitors also can find information on how to get their own Kick Butts Day events up and running. Cessation events one could start locally include hosting a smoke-free movie night to raise awareness on how smoking is glamorized in youth-rated films, debunking the myths around vaping, or creating a pledge wall encouraging others to #BeTheFirst tobacco-free generation.

“Empowering young people to educate others and inspire change by participating in Kick Butts Day fosters a new generation that is not plagued by the harmful effects of tobacco products,” McCloud said.

Cobb & Douglas Public Health encourages people who would like to quit smoking to contact the Georgia Tobacco Quit Line. It is a free service for anyone over the age of 13. The service offers confidential, professional telephone counseling in a five-call program or a special 10-call program for pregnant and postpartum women.