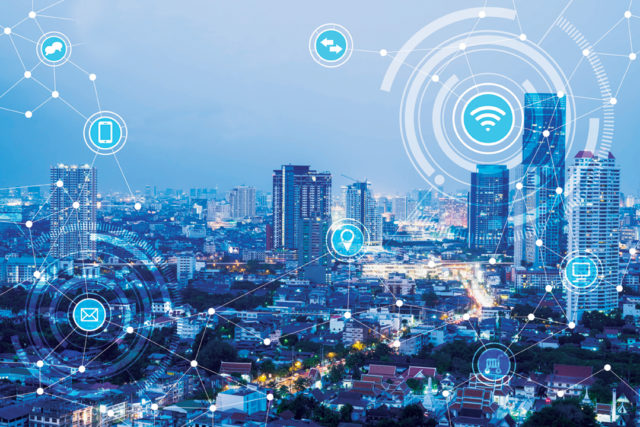 SDS Wireless Consulting is in the business of helping cut wireless costs for businesses, governments, nonprofits, and healthcare providers across the country.

For Steven Small, president of SDS Wireless Consulting, his work is all about helping businesses, governments, nonprofits, and healthcare systems, save time and money. These services can indirectly help save taxpayers, and patients save money, as well.

Mr. Small has been in the wireless industry since 2001 and has worked with all the major wireless providers, including Nextel Communications, Sprint Corporation, Verizon Wireless, and AT&T. “I was an investment adviser and was looking for something that didn’t have an end to it, and hopefully didn’t have the peaks and valleys that I was experiencing in the industry I was in,” Small recalls. “And I was right, because the wireless industry is ever expanding.”

In 2012, he founded his own company, SDS Wireless Consulting. The business was initially headquartered in Cobb County before Small relocated to Summerville. However, his business colleague and brother, Earl Small, is a longtime Kennesaw resident who formerly worked as a CPA and then for Yamaha Motor Corp. He came out of retirement to help his brother operate SDS.

Small says he started SDS because he learned from his experience in the wireless industry that customers are routinely overcharged for their wireless service. “I know that’s a strong statement, but it’s true,” he says. “So, we work with businesses, municipal governments, county governments, organizations, and medical centers to help them lower the cost of their wireless bills.”

And they provide this service without any of these entities having to change their wireless provider. “We work with our customers to find the pricing that they should be getting by helping them choose the right plans, buy the appropriate data that matches their usage and cleaning up their accounts,” he says.

When SDS reviewed a large Atlanta area county government’s administrative account, for example, it identified more than 30 percent in wireless savings. The company has worked with several county governments in Georgia, including Bartow, Walker, Fannin, and Chattooga, as well as audited municipal and businesses accounts from Florida to Washington state. SDS does not require a contract or any commitment to do an initial audit. “It’s about making sure the customer is comfortable going in and knowing what the potential savings are before we even move forward with a contract,” Small says.

Their average savings? “We’ve never audited a bill that we couldn’t find as least 20 percent in savings,” he adds.

Since starting the business, Small has been most proud of two large savings he found for clients: Floyd Medical Center in Rome was able to lower their bill by about 43 percent, saving them approximately $60,000 annually in wireless costs. And with Davey Tree Expert Company, one of the largest tree services companies in the United States, SDS not only identified $150,000 a year in savings, but secured the company a $100,000 credit. “That was a major achievement, and the one that really got us going!” Small says.

When SDS first launched, the focus was on saving clients money by looking at the minutes they used monthly. At that time, clients were buying minutes, based on the usage reports from their wireless carrier, which included on-peak and off-peak minutes, which were free. So, the customers were continually over-buying minutes. “We would go in and separate the off-peak from the on-peak minutes and put them on the plans with the correct number of minutes,” says Small.

Since then, it’s become all about the amount of data that clients are buying since people are using smartphones, tablets, and hotspot devices. Small has specifically noticed when working with law enforcement clients, for example, that the hotspot devices in their vehicles connected to their computer system, may only be using .001 gigabit of data per month.

“If an officer is using that little data, they don’t need pay for an unlimited data plan like so many of our clients may have,” Small says. “There are data plans for as little as $12 a month that the client should be using.”

As auditors of data and wireless usage, Small and his brother initially review 12 months of a client’s wireless usage, reviewing each line to see what the exact usage is. Then, they will look even closer at the past six months to get a better reflection of the usage to make sure everyone is on the right wireless plan.

Another important piece of the puzzle has been SDS’ relationship with carriers and understanding what plans are available. “Even though we are kind of taking money out of their pockets, we’ve built relationships because they know that we are also taking very good care of their customers, and they aren’t likely to leave if they are happy customers,” says Small.

And Small adds that SDS is “carrier agnostic,” meaning they work with all the wireless carriers. However, he did add that most of his clients use Verizon or AT&T, especially first responders since both now offer discounted plans for them. “They are specially priced and get priority connectivity if there’s an emergency,” he adds. “They will be able to get wireless service when no one else can.”

Small also has had the pleasure of working with the Family Guidance Center in Alabama. They are a nonprofit outreach group that serves underserved, rural communities across the state, helping with prenatal care, children’s services, education, health and mental health services. “They were having major budget cuts, and we were able to help put money back in their pockets,” he says. “That allows SDS to indirectly help those in need.”

There are benefits to the counties they serve, too. SDS is helping clients save on costs that taxpayers would have to pay.

“We give our customers back money, because we only get paid if they save money and then we receive a percent of that savings,” Small concludes. “We also save them time, because my brother, having worked in business account for 25 years, puts together a wireless reporting outline that helps their accounting personnel verify the savings. It’s typically an all-day process, but thanks to this process, they can help cut that down to about two hours. We truly do give organizations time and money.”

Standing Out From The Crowd