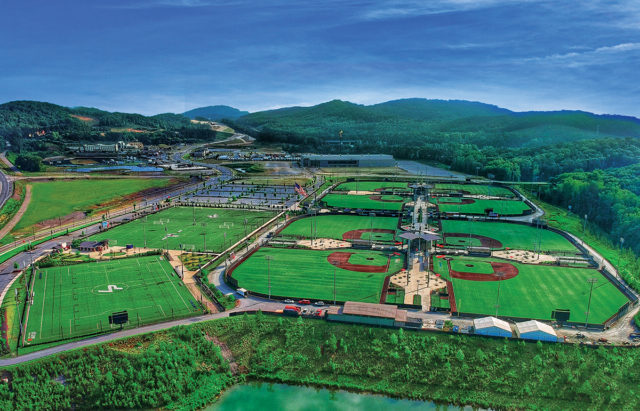 LakePoint Sports has worked tirelessly during the COVID-19 pandemic to reopen a safe campus for athletes and guests.

“That’s when we announced that LakePoint Sports would be postponing all sporting events on campus until further notice,” recalls Mark M. O’Brien, who was named President and CEO of LakePoint Sports in early 2019 and appointed to the Board of Directors in 2020. “We may have made our call to postpone our events and activities hours or moments before any other similar decisions were made across the professional, collegiate and amateur sports landscape, but that’s because we wereLakePoint was in the throes of potentially hosting ana major gymnastics event and we wanted to make sure we were doing the right thing for all involved.”

On that date, and at that time, O’Brien and his team decided to take a step back, much like everyone else across the country, and try to assess the situation surrounding COVID-19. “We were trying to understand the dynamic in which we were not only navigating as a business, but navigating with our team members, and the community in which we live and the sports industry we serve.”

For O’Brien, it always starts with people. And as a private business, LakePoint Sports wanted to make sure they were in lockstep with national, state, and local leadership as to how they would manage their business during a global pandemic. “We were very, very cautious and sensitive as to when and how we would reopen,” he adds, “and we took our time.”

That doesn’t mean operating a business that has a nearly $100-million economic impact on the area during a pandemic hasn’t come with a few uphill battles. “It’s been a challenging year for everyone, and we are no different,” O’Brien says. “But the thing we’ve focused on is opening up and re-emerging in the safest way possible. We are focusing on safety first.” 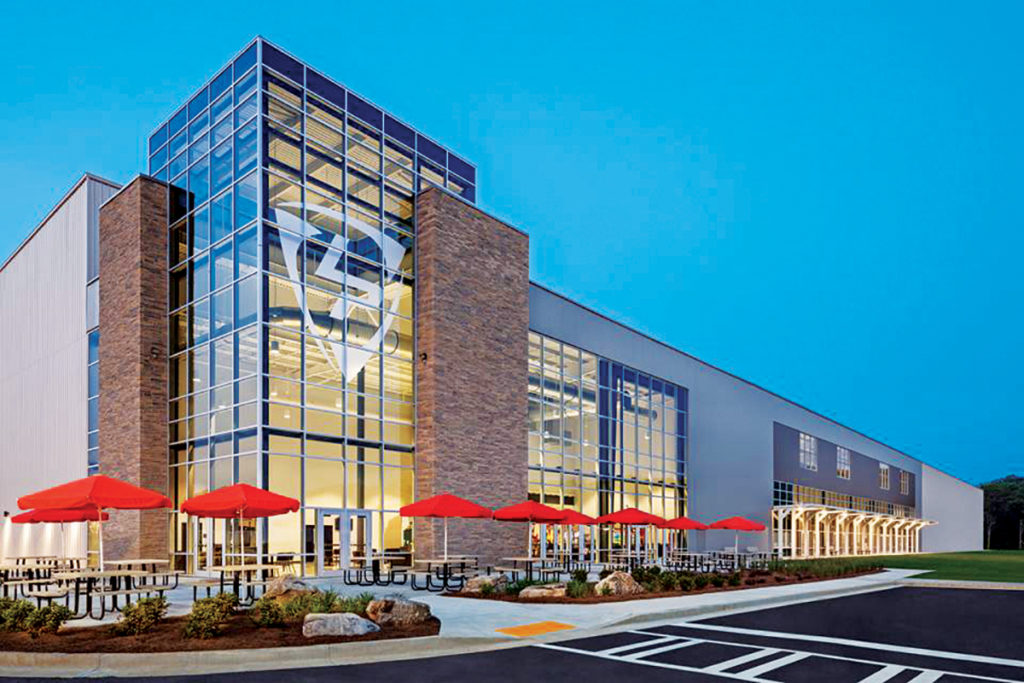 O’Brien says they first looked internally at their team of approximately 200 part-time and full-time team members — none of whom they’ve had to lay off or furlough during the pandemic. “We wanted to really assess how we could create a safe environment for our team members. Then, we assessed how we could create a safe environment for any guests on campus,” he shares. “We tapped into 50 different resources — individuals, federal, state, local guidelines, contacts — to help guide and inform a thoughtful and safe approach to our re-emergence.”

With the safety of the LakePoint Sports team, as well as visiting athletes and guests in mind, an internal task force helped put together hundreds of safety guidelines based on the sport, event, or venue. They met daily to discuss protocols, all while making important changes for facilitating a reopening plan as they learned more and garnered more feedback. In turn, the task force created the LakePoint Sports Phased Re-Opening Playbook, which leverages internal, external, and expert resources.

“On May 21, we began opening up the campus very slowly, and with outdoor practices only,” O’Brien says. “We started with individual and team workouts, and it’d be one individual athlete or one team at a time working out with a coach.”

Visitors and team members have done a great job of respecting the new protocols, and have expressed gratitude for all that LakePoint Sports is doing to keep athletes and guests safe. “It’s been an act of humanity by everyone involved; respecting people’s space, wearing a mask, following the sanitation guidelines that we made very visible to patrons. It hasn’t been about maximizing our capacity on campus. It’s been about maximizing a safe and positive experience, and that’s why I believe the response has been overwhelmingly positive from athletes, coaches, the industry, and families.”

Over the course of the following couple of weeks, and as LakePoint Sports team members and guests got more comfortable, they started to open up a little bit more, hosting their first tournament — a baseball tournament — on June 4. Beach volleyball, soccer, lacrosse, and football followed throughout the month of June. “We were hosting tournaments at or near capacity in compliance with the limitations put in place and safety protocols put in place,” O’Brien says. “Everything we did was through a lens of safety first. We would not compromise on that. If at any point we felt like we couldn’t take that next step in our phased reopening playbook, we wouldn’t take it.”

They remained in Phase 1 for a month. In July, and coinciding with Georgia Gov. Brian Kemp’s leadership and advisement regarding the pandemic, LakePoint Sports moved into Phase 2 in which they began hosting events in the Champions Center. “We started out at approximately 10 percent of our normal capacity by venue,” O’Brien says. “Over time, we have gradually moved to 20 percent capacity by venue; and even at this time, we are only operating at 20-percent capacity venue.”

This progress was based on daily analysis by the LakePoint Sports team to determine how they could do better or differently to safely serve guests on campus. They also paid close attention to guidance from the governor’s office, Georgia Department of Economic Development, Georgia Department of Public Health, and Centers for Disease Control and Prevention (CDC).

“The team has worked so hard, and they have worked tirelessly,” O’Brien adds. “They deserve all the credit for creating a safe environment for one another and our guests.”

A national spotlight
And because of how well LakePoint Sports has reopened its venue to athletes and guests, events like the Area Code Games relocated from Long Beach, California, to Georgia. This was the first time in more than 30 years that the Area Code Games were held outside California. It was held in early August and welcomed the best high school baseball players from across the country. All 30 Major League Baseball (MLB) clubs also were represented, and two games were broadcast live on mlb.com. 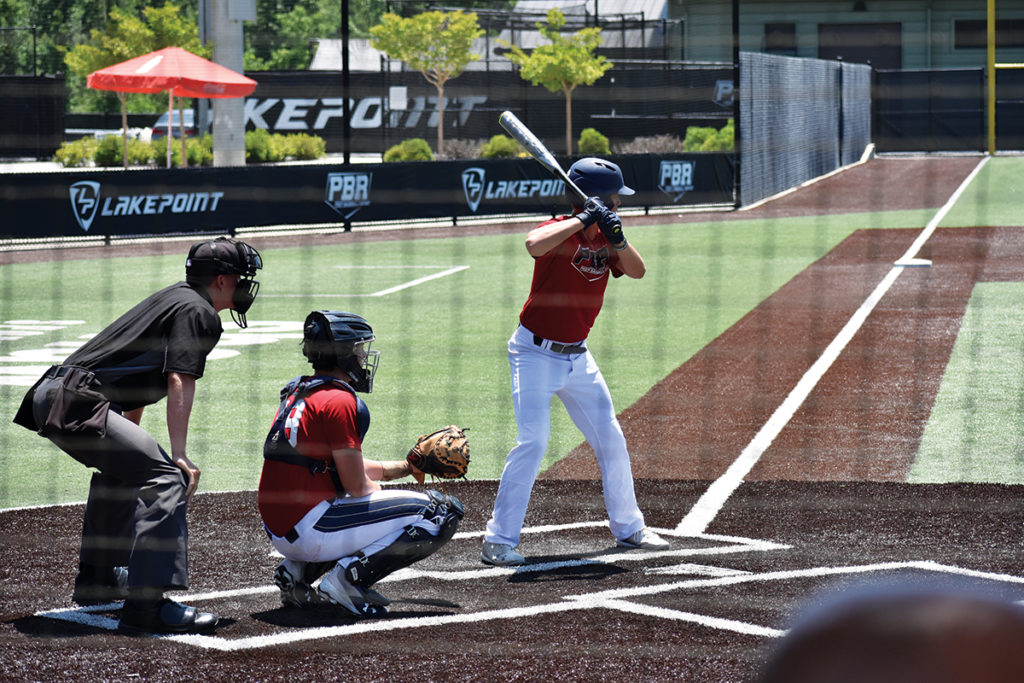 LakePoint Sports also created additional branded events for basketball when major brands like Nike, Under Armour, and Adidas canceled theirs this summer. “We created our own events to fill the void and gave these athletes an opportunity to show their talents when otherwise that may not have existed. The mental toll these kids have faced during the spring, summer, and now fall is challenging. I just love that kids have been able to come back on our campus and compete at the highest level in youth sports — supporting their mental health, collaboration and teamwork, competition, and social interaction,” adds O’Brien.

So with an emphasis on culture, as well as their mission, vision and purpose, O’Brien and his team at LakePoint Sports are proud of what all they’ve been able to accomplish the past several months. But, it’s not over.

“We will continue to focus on making progress every day by putting plans in place, executing those plans, and adjust the dials to ensuring we are providing a safe environment and the best guest experience,” he concludes.