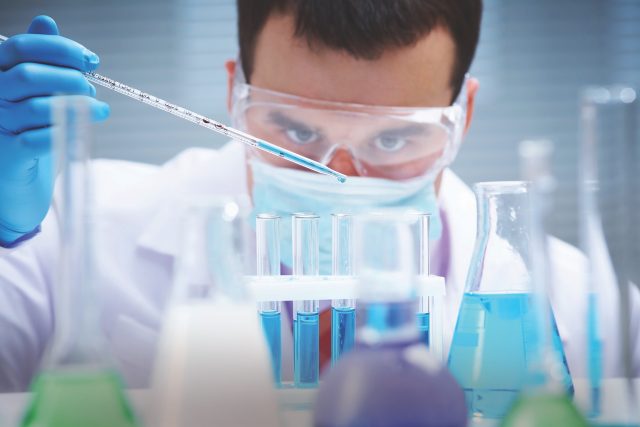 There are few medical diagnoses more devastating than that of pancreatic cancer. With a five-year survival rate of less than five percent (according to the American Cancer Society), it is one of the deadliest forms of the dreaded disease.

But some do survive, and some who survive use their experience to inspire others and to do all they can to aid research and treatment of pancreatic cancer. One of those survivors is Smyrna resident Elise Tedeschi, who was diagnosed with the disease in 2012 and remains alive and well today.

Tedeschi says her experience with cancer made her stronger, and now she serves as an affiliate chair with the Pancreatic Cancer Action Network (PanCan), which helps to advance research and serve families with the disease. She has made it her mission to help fight pancreatic cancer and make life easier for others who have been diagnosed, including “Jeopardy!” host Alex Trebek, to whom she penned an open letter after he announced his diagnosis earlier this year.

Tedeschi also helps promote PurpleStride, the walk to end pancreatic cancer, which will take place on Saturday, November 9 at Atlanta’s Chastain Park. PurpleStride Atlanta hopes to raise $340,000 for pancreatic cancer research. During the event, cancer survivors will come on stage to share their stories, and there also is a 5K run among other activities.

A survivor’s story
The diagnosis for Tedeschi came in January 2012, when she learned she’d developed stage 4 pancreatic cancer at the age of 43. That day, she became one of the estimated 56,770 Americans who are diagnosed with the disease each year. “It was an incredible shock,” she says. “I wasn’t a big drinker or a smoker. Pancreatic cancer is supposed to be a death sentence, and I have two sons who were in kindergarten and second grade at the time.”

After experiencing back pain, doctors tested Tedeschi and discovered a large tumor. Not only that, the cancer had spread to her liver, lungs, and chest. The tumor was inoperable due to being wrapped around a major artery. Tedeschi underwent 12 rounds of chemotherapy and 25 rounds of stereotactic radiation. She continued working all the while, attempting to preserve a sense of normalcy in her life. “I still went to every soccer game, every swim meet, every school event and awards ceremony,” she says.

Despite all of this, Tedeschi kept a positive attitude in spite of the situation and says she felt blessed by all the support she received from friends and neighbors. She decided dying was not an option and that she’d do whatever it took to remain alive and support her sons.

Doctors told Tedeschi that most people in her condition didn’t survive longer than nine months. And yet, after several rounds of intense chemotherapy, her numbers began to improve. She was tested again one month after her radiation treatments ended, and what came back shocked the medical staff at the Florida hospital where she was being treated. “My doctor told me I had absolutely no active cancer, nothing showing up on my PET scan,” Tedeschi says, recalling the experience. “He said I was the talk of the hospital. I felt like I had been given a miracle.”

That was more than six years ago. In the time since, she has made the most of her experience. Tedeschi’s letter to Trebek was published on a website called The Daily Meal, which was read by thousands.

It’s publication led to interviews with USA Today and CBS News. “It was heartwarming to know that so many people have read my letter and heard my story,” she says. “I was blown away by all of it.”

Tedeschi also got involved with PanCan while battling cancer, and later became its media chair and then affiliate chair. Through the group, she visited Washing- ton, D.C. in June for National Pancreatic Advocacy Day, meeting with senators and congressmen from Georgia and making the case for federal support, which Tedeschi says funds 70 percent of pancreatic cancer research. “As federal funding has increased, the survivorship percentage has increased as well,” she says.

To learn more about PanCan and the PurpleStride event, visit pancan.org.

Symptoms of pancreatic cancer can include jaundice, dramatic weight loss, and a lack of appetite. Dr. Sahir Shroff, a surgical oncologist and general surgeon at WellStar, says the health system offers a robust, multi-disciplinary team including surgeons, oncologists, radiation doctors, and nurse navigators who oversee the process and coordination of care. Patients diagnosed with pancreatic cancer typically either undergo an operation, chemotherapy, or clinical trial.

For some patients, WellStar employs a cyberknife procedure. Cyberknife is a non-invasive treatment using focused radiation, though Shroff says it’s not a common modality — surgery or chemotherapy and radiation are more typical treatments. Well- Star also consults with specialists at the Mayo Clinic through a process called e-consult.

“This is an exciting time to be a cancer doctor,” says Shroff. “Though the [overall] survival of pancreas cancer is 20 percent, with current advances in biomarkers, genetics, immunotherapy, nanotechnology, robotics, chemotherapy, targeted therapies, and newer molecules that are being investigated through pharmacy trials, advances in radiotherapy have set the stage for major breakthrough in the treatment of this disease.”

Northside Hospital Cancer Institute is another leader in pancreatic cancer treatment whose liver and pancreas program is led by Dr. Eddie Abdalla.

Northside also employs a network of board-certified oncologists to deliver treatment near patients’ homes. The hospital’s liver and pancreas specialists hold weekly, multidisciplinary conferences to review radiology and pathology images and to discuss the best treatment options. “By prospectively discussing liver cancer cases during conference, patients get the benefit of more than a dozen expert medical opinions,” Abdalla says.

To reduce the chances of developing pancreatic cancer, Abdalla does not recommend “detox” diets, favoring instead a combination of regular exercise and a healthy diet.

“Eating right, not smoking, avoiding alcohol, and exercising will have a far more positive effect on your health,” he says. “If you do those things, it will be profoundly more effective at giving you general [health] and liver health than many other ‘liver detox’ approaches.”

WellStar To Participate in Nursing Career Pathway Program Pilot
WellStar Health System announced in July that it would participate in the Nursing Career Pathway Program Pilot, an industry-driven initiative designed to address the statewide need for nursing assistants, licensed practical nurses, registered nurses, and registered nurses with a bachelor’s degree in nursing. Hiram, Marietta, and McEachern High Schools are implementing the program this year.

Students will progress into a 26-hour nursing prerequisite for dual college/high school credit and earn state nursing aide certification. In addition, WellStar will provide onsite clinical experience throughout the duration of the program.

Additionally, through the HOPE Scholarship Program and WellStar’s Tuition Assistance Program, participating students have the chance to complete their college education with little or no tuition cost.

“We are excited to implement this program as one solution to the state’s shortage of nurses,” said Jill Case-Wirth, SVP and chief nurse executive, WellStar Health System. “We look forward to identifying students who have a passion for healthcare, nurturing this interest and equipping them with the skills they need to succeed in a nursing role.”

The Pathway Program was inspired by Sen. Lindsay Tippins and an ongoing partnership between the lieutenant governor’s office, WellStar Health System, Technical College