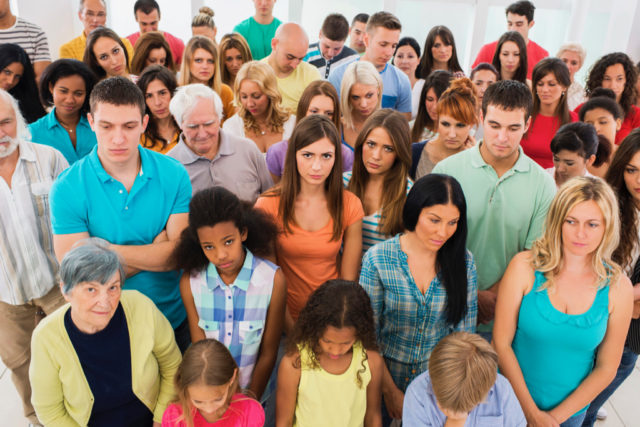 It’s only spring and the number of U.S. measles cases surpassed 2018 records in the first three months of the year. A disease that was considered eliminated in the United States for about two decades has now been confirmed in 15 states, including Georgia.

“Measles can spread like wildfire,” said Dr. Brian Nadolne, who cares for children and adults at East Cobb Family Medicine, a Northside Hospital physician practice. “We’re in the middle of that now. It’s a real public concern.”

Are measles really dangerous?
While many current medical professionals have never seen a case of measles, it is becoming more probable that people in our communities will be exposed. This is because more people are opting out of vaccinations and a higher number of travelers are bringing the disease to America from other countries.

According to District Immunizations Director Priti Kolhe with the Cobb & Douglas Public Health Department, measles starts with fever, runny nose, cough, red eyes, and sore throat. These symptoms are followed by a rash that spreads over the body. It usually begins as flat red spots that appear on the face at the hairline and spread downward to the neck, trunk, arms, legs and feet.

“Measles is highly contagious and spreads through coughing and sneezing,” Kolhe said. “Some people may suffer from severe complications, such as pneumonia [infection of the lungs] and encephalitis [swelling of the brain]. They may need to be hospitalized and could die. Measles may cause pregnant woman to give birth prematurely or have a low-birth-weight baby.”

Did you catch that? Measles can cause death. Especially in the younger and older populations.

The good news is that since the MMR vaccine was developed for measles, mumps, and rubella in the late 1960s, there has been greater than a 99-percent reduction in measles cases in the United States. One dose is of the MMR vaccine is about 93-percent effective at preventing measles. Two doses are about 97-percent effective. “Not only do vaccines prevent you from developing a potentially serious disease, but they also help protect the entire community by reducing the spread of infectious agents,” Kolhe said.

What about autism?
A British physician claimed a possible link between autism spectrum disorder and the MMR vaccine in 1998 based on a study with only 12 children. But years of extensive studies with large numbers of participants and longer time periods by the Centers for Disease Control and Prevention (CDC) have disproved that physician’s claim, and beyond that, the study is called a fraud. “The CDC has tried exhaustively to find a link,” Nadolne said. “It doesn’t exist.” 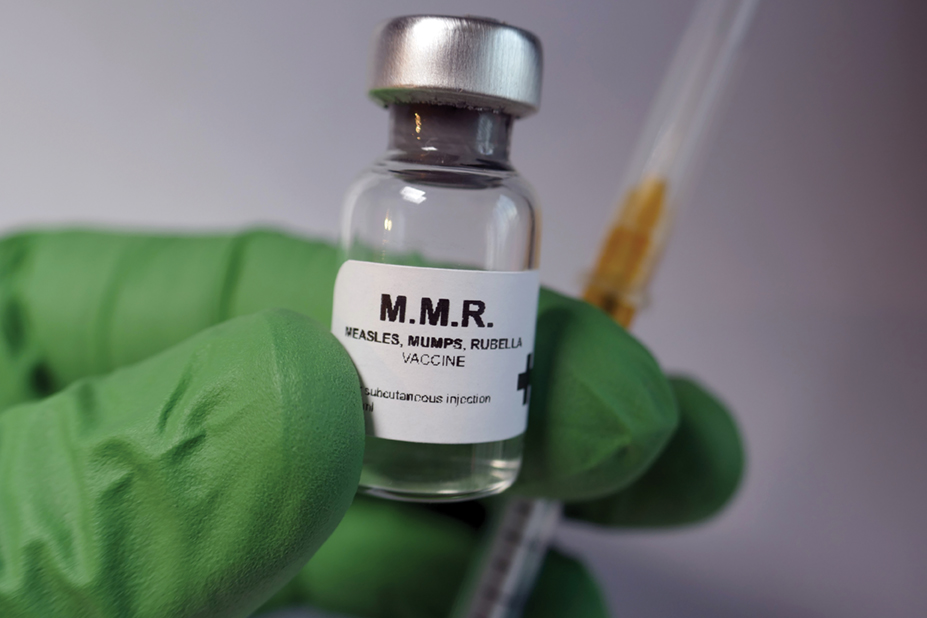 But people are rejecting safe and effective vaccinations anyway. Instead, they are choosing the risk of sickness and possible death at alarming rates.

Why does the wrong belief persist? One of the criteria used to make a diagnosis of autism is a language delay. Because children do not have significant expressive language under a year of age, doctors must wait until 15 to 18 months to confirm a language delay and make the diagnosis. That’s about the same time as the MMR vaccination typically is administered, which leads some parents to question vaccination as the cause.

Measles and other threats
“If you’ve ever seen measles, these kids are typically very sick,” Nadolne said. “It is highly contagious. The vaccine is incredibly effective. And people rejecting vaccines are putting the public at risk.”

Nadolne serves as an educator about immunizations for measles and other diseases for an organization called EPIC, which stands for Educating Physicians in their Communities. EPIC is a collaboration of the American Academy of Pediatrics, the American Academy of Family Physicians, and the CDC. In his role, Nadolne equips healthcare providers with hard data about disease and vaccines so they can better care for their patients.

“There are always emerging threats,” The Northside physician said. “We cannot let our guard down. Measles are not eradicated from the globe. In order for [us] to get closer to eradication, we need more ‘herd’ protection. The more people vaccinated, the more protection you have against it spreading.”

Memories: death of a baby girl

You won’t hear any argument about the importance of all immunizations from Dr. Clark Cantrell, Jr. with Summit Pediatrics in West Cobb. The physician serves on the Community Board for Cobb County for Children’s Healthcare of Atlanta and he carries with him a terrible memory from his early days as a medical intern. “My very first patient died in my arms — that made an impact on me,” Cantrell said, remembering a life-changing moment in a Michigan hospital.

The 9-month-old baby had meningococcal meningitis, another disease that children are vaccinated for today. But there was no vaccine at the time. “I hadn’t unpacked my stethoscope,” Cantrell tells patients who don’t want to vaccinate their children. “The nurse knocks on the door and asks, ‘Who’s on call? Room 34 is here.’”

The child was breaking out in a rash and died while Cantrell and the hospital’s team did everything they could to save her.

Vaccines really work
Today, the meningococcal vaccine can prevent death, and so can many others that came out around the time Dr. Cantrell opened his Cobb County practice 33 years ago. He said it’s because of those vaccines that he has never seen any of his patients die or have lasting effects from the diseases he vaccinates for now.

Cantrell said he recommends parents follow the immunization recommendations by the American Academy of Pediatrics and the CDC. The recommendations are provided by experts who spend their entire careers studying immunology and the ways children’s immune systems will react.

For measles, the CDC recommends “routine childhood immunization for MMR vaccine starting with the first dose at 12 through 15 months of age, and the second dose at 4 through 6 years of age or at least 28 days following the first dose.

While most of his patients follow the recommendations, he knows there are many families out there looking the other way. One such case stands out in his mind.

An Oregon boy made headlines because he was the first in the state to contract Tetanus in 30 years. The 6-year-old had never had any vaccinations and contracted the disease when he was playing close to a rusty fence. After extreme muscle spasms, spasticity and trouble breathing, he was airlifted to a pediatric medical center. They had to sedate, intubate, and keep him on a ventilator. It took around two months in an Intensive Care Unit for the child to overcome the disease. And his family’s bills were estimated to be around $800,000.

Immunize your child, save lives
According to data released by the CDC in 2018, the number of children in the United States who are not getting some or all of their recommended vaccinations has quadrupled in the last 17 years.

While credible studies have proven there is no link between autism and the MMR vaccine, more and more parents are buying into the lie. And according to many health providers, this measles outbreak is a foreshadowing of even worse times for our community if people choose not to vaccinate because of “popular” reasons.

In that vein, Dr. Nadolne had a few chilling last words on the topic. “If you have an ability to prevent your child from dying, would you do it?”